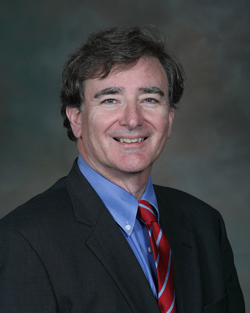 Neuronal-specific autoantibodies have a variety of potential targets, and give rise to a range of dysfunctions and neurological syndromes. Diagnosing the associated syndromes can be challenging.

Dr. Stanley Naides, Medical Director, Immunology R&D, Quest Diagnostics, discusses the mechanism and presentation of neurological paraneoplastic autoantibodies syndromes (PASs), and explains why a heightened awareness of the possibility of PAS, together with a broad approach to diagnosis, are critical to achieve a timely diagnosis of these disorders.

“PASs are a group of presentations that are caused by the presence of antibodies that, in the case of neurological PASs, target neuronal tissues,” explains Dr. Naides. “When neoplasm occurs, proteins in the tumor are often expressed that are not typically expressed. The immune system sees this as novel and mounts an immune response. Some of the proteins involved may normally be found in the body but are sequestered in privileged sites that the immune system doesn’t see, such as in the brain or in nerves. In this instance, the antibodies are produced against the underlying tumor, and those antibodies then react with the proteins in normal structures.

“There are instances where the antibodies occur in the absence of an underlying tumor. It may be that the development of these antibodies is part of normal surveillance against tumors. In cases where no tumor is found, it may be that an infection or some other trigger to the immune system allows it to

see a normal protein or a normal structure that it would not otherwise detect. The syndromes that have been associated with these autoantibodies are in many instances distinct syndromes and in other instances, because the neurological systems are so diverse and overlapping, are mixed syndromes.”

“There are a number of antibodies that target cells in the cerebellum that plays a role in organizing movement,” says Dr. Naides. “These are related to coordination, so you’ll see syndromes of cerebellar degeneration characterized by ataxia. There are other antibodies that will target dopaminergic receptors. A very graphic case of antibody to N-methyl-D- aspartate receptor (NMDAR1) was written about in the lay literature by a New York Post reporter.1 She described her progressive decline in ability to concentrate, then the development of bizarre behavior and ideation. She eventually became comatose and had seizures. Once diagnosed she was successfully treated and was able to return to work, and write a book of her experience that will soon be a major motion picture.2

“We see autoimmune encephalitis, and a number of peripheral neuropathies in which nerves are targets. We also see a syndrome of neuromyelitis optica due to antibody to aquaporin 4, which is a water channel receptor. These individuals may present with a myelitis involving the spinal cord and optic neuritis causing visual changes as well as changes that relate to spinal cord injury. Then there are a number of neuromuscular antibodies than can contribute to a myasthenia gravis-like picture with muscle weakness on use, or a Lambert-Eaton like syndrome with which there is muscle weakness, which improves with exercise. The antibodies, and the actual targets that are involved, help to define the syndromes.”

“The first step to identifying a paraneoplastic disorder is clearly to consider it as a possibility on first presentation,” notes Dr. Naides. “There are a number of classic presentations that are associated with specific antibodies, but it has been shown that in almost half of cases what we think is the likely underlying antibody cause of a given syndrome is not the antibody that we find. These are often syndromes in which the antibodies can affect multiple different structures. Different antibodies can produce very similar syndromes, or a given syndrome can be caused by a number of different antibodies. For this reason one has to think broadly about the antibodies that may be responsible.

“The way to identify autoantibodies in a cost-effective manner is to screen serum with multiple neurological tissues, and then, based on the patterns seen, reflex to a number of modalities.3,4  We use indirect immunofluorescence to look for antibodies that may recognize different neurological structures and then, if it’s positive, based on the pattern of staining and the different tissues that one sees stained, reflex to a number of different modalities that look at specific autoantibodies known to be associated with the various patterns. Some of the modalities are cell-based assays in which recombinant receptors have been expressed on the surface of target cells. We then perform an indirect immunofluorescence on those target cells to see if those with the given receptor light up. We also perform Western blots.

“As part of the initial screen we perform a number of radioimmunoassays for neuromuscular receptors as well, as these tend to be things that you don’t necessarily find in the brain per se because they’re in the periphery. Assays for those receptors are completed along with the tissue screen.”

Therapy for PAS consists of 2 elements. “If one finds an autoantibody that is associated with paraneoplastic syndrome, it’s incumbent on the clinician to look for an underlying tumor,” says Dr. Naides. “Occasionally these are benign tumors such as teratomas that occur for example in about a third of the patients with the NMDAR1 antibody. In other instances there are potentially malignant tumors that one needs to treat either by excision, radiation, and/or chemotherapy. The other arm of the therapy is to deal with the autoimmune process, caused by the presence of the autoantibody. There are a number of modalities that can be used to treat the antibody per se and to suppress antibody production.”

“There are also instances where a tumor is not found. This then becomes an autoimmune brain disease that needs to be addressed as an autoimmune disease with appropriate immunosuppression or immunomodulation.

In conclusion, Dr. Naides reiterates the key principles to help identify PAS. “Paraneoplastic syndromes are so-called because they were initially identified in individuals with tumors. But as people identified the antibodies involved and looked broadly, these syndromes were also seen with the appropriate autoantibody but no tumor. So it can be an autoimmune disorder per se as well as associated with tumor.”

“The second take-home message is that, for a given autoantibody, the syndromes are often variable, so you can have a given antibody and have the classic syndrome, but there are many other syndromes that can present with documentation of that antibody. The flip side of that is that for a given syndrome you can see autoantibodies other than those classically described, so one has to look broadly.

“Finally, in samples that are sent for a paraneoplastic autoantibody, about half the positive samples are positive for an antibody other than the one the physician ordered. So one has to think broadly about the potential cause and that’s really why we have developed the panel we currently offer. It’s often the case that if one or two antibodies are ordered, we will find other positive antibodies that are present, and not the one that the clinician thought was the likely cause.”