Hemoglobinopathy — Navigating the Complexities of Patient Evaluation and Test Selection 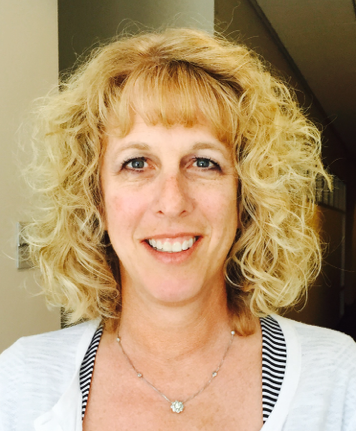 Also by this Author ▸

The detection and proper identification of hemoglobinopathies and thalassemias is an important aspect of the evaluation of patients with anemia, microcytosis and erythrocytosis.

“Hemoglobin is a tetramer, a protein with four subunits, consisting of two alphachains and two beta chains,” explains Ms. Franklin.  “These chains need to be in balance for normal function and if the chains become unbalanced there are clinical sequelae. Hemoglobinopathies are quantitative or qualitative abnormalities caused by mutations in the globin genes. These mutations may produce a hemoglobin that is qualitatively different, such as in sickle cell anemia, or quantitatively different, such as a beta thalassemia, where there is a particular mutation in the gene, that decreases the quantity of the globin synthesis.”

While clinical signs of possible hemoglobinopathy include symptoms of weakness,fatigue, and anemia,  abnormal results from a complete blood count (CBC) are often the first indication of possible hemoglobinopathy. “If the mean corpuscular volume (MCV), the mean corpuscular hemoglobin (MCH) and the hemoglobin (Hb) are low, and the red cell distribution width (RDW) is high, we would say this looks like a thalassemic CBC,” says Ms. Franklin. “In other words, something is abnormal but we don't yet know if it is iron deficiency, which can lower all those indices, or if it might be alpha or beta thalassemia. One should rule out iron deficiency before ordering a DNA test by doing iron studies and a ferritin test and, if those are abnormal, treat with iron therapy and then see if there is a response to iron therapy. If iron deficiency is ruled out, or there is not an adequate response to iron therapy, one then needs to consider alpha or beta thalassemia as a possible diagnosis. This can be achieved by performing a hemoglobin electrophoresis or, even better, high performance liquid chromatography (HPLC), which is what most laboratories currently use. An elevated HbA2 signifies that there is a risk for beta thalassemia and one would then consider offering a beta globin DNA test. If the HbA2 is normal, the provider would consider alpha globin DNA testing.”

“Testing for hemoglobinopathies is complicated,” cautions Ms. Franklin. “There are different tests and testing modalities that serve different clinical utilities. Physicians ordering these tests are not always aware of the differences and may not necessarily order the appropriate test for their clinical need.”  The important recommendation is to take a step-wise approach, as described above, rather than ordering DNA testing from the start. “Some physicians may feel the need toorder both alpha globin and beta globin DNA testingall at once,” notes Ms. Franklin. “Because these tests are costly, it is more efficient, and cost-effective, to perform the hemoglobinopathy evaluation as the first-line test. Thisincludes HPLC, and the CBC which can narrow down whether a patient might be at risk for alpha thalassemia or beta thalassemia.”

“It’s generally believed that sequencing a gene is the most comprehensive test, which will identify everything a clinician is looking for,” says Ms. Franklin, “but many don't realize that sequencing does not identify large gene deletions.  Because 85% - 90% of people with alpha thalassemia have deletions in their genes vs. point mutations, sequencing is not the optimal test to begin with because it will miss the vast majority of individuals who actually have alpha thalassemia. Consequently, a “negative” result will mean that 85% to 90% of the risk remains because you haven't tested for the right thing.”

Once it is decided to order a DNA test, it is important to understand the differences between the available tests and how they meet clinical need. “For alpha thalassemia, for example, we have three tests,” notes Ms. Franklin. “We have one that sequences the whole gene, looking for point mutations and the seven common gene deletions. There are two alpha globin genes on each chromosome. If two are deleted, it may be that two are deleted on one chromosome (cis configuration) or one is deleted on each chromosome (trans configuration). With an obstetric patient, who is missing two genes, the physician needs to know if they are missing them on one chromosome. If they are, and their partner also has a chromosome with two missing genes, they could have a baby that does not have any. So the physician needs to know which configuration is involved.”

“One of our tests, which is a dosage assay, indicates there are genes deleted but doesn't indicate whether they are on one chromosome or on opposite chromosomes. When I talk to an obstetrician, I advise them to use the common deletion panel because that tells us where the mutation is, and informs us what we are looking for if we go on to perform a prenatal diagnostic test. Whereas for an oncologist, it's not as important to know if they are on one chromosome or on two.”

Some of the most common abnormal forms of hemoglobin include the following: Hemoglobin S (Hb S), the primary hemoglobin in people with sickle cell disease. Individuals with sickle cell disease (two copies of the abnormal gene) have a high percentage of Hb S, while those with sickle cell trait have a moderate amount of Hb S (about 40%) but still have the normal form of Hb A (about 60%). About 2-3% of people of African descent have hemoglobin C trait (one copy of the gene for Hb C). Hemoglobin C disease (seen in those with two copies of the gene) is rare and relatively mild. Hemoglobin E (HbE) is one of the most common beta chain hemoglobin variants and is very prevalent in individuals of Southeast Asian descent. People who are homozygous for HbE generally have a mild hemolytic anemia, microcytic red blood cells, and a mild enlargement of the spleen. A single copy of the hemoglobin E gene does not cause symptoms unless it is combined with another mutation, such as a mutation causing beta thalassemia.1