Next Generation Immunohistochemistry: A Window onto the Molecular Alterations in Tumors

Her Care is in Your Hands: Co-testing with Pap and HPV Together Identifies More Cases of Cancer and Precancer Than Either Test Alone

Chikungunya: A Growing Public Health Concern for the United States 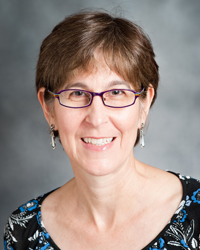 Last year, the Centers for Disease Control and Prevention (CDC) had warned that the number of chikungunya cases among travelers from affected areas was increasing and these imported cases could result in local spread of the virus in the continental United States.1 In 2013 chikungunya transmission in the Western Hemisphere occurred for the first time, and outbreaks in the Caribbean and the Americas have led to significant increases in cases reported in the United States. The first cases of locally transmitted disease have now been reported in Florida, signaling that chikungunya is a growing public health concern for the United States.2

Dr. Holly Batterman, Medical Director, Focus Diagnostics, a Quest Diagnostics subsidiary, discusses the epidemiology and clinical features of chikungunya infection, reviews its diagnostic challenges and discusses the implications of the current outbreak for health care providers in the United States.

Since its discovery in present-day Tanzania in 1953 there have been numerous outbreaks of Chikungunya, primarily in Africa and Asia. “The main vector, historically, has been Aedes aegypti,” notes Dr. Batterman, “but the virus developed a mutation that allowed it to be transmitted by a mosquito called Aedes albopictus, more commonly known as the Asian Tiger Mosquito. This has contributed to the spread of the virus outside of Asia and Africa, since this mosquito can survive in more temperate climates such as in Italy and Southern France, where there have been recent outbreaks of chikungunya.”

Chikungunya had not been identified in the Western Hemisphere until the fall of 2013 when, beginning in the Caribbean island of St. Martin, it started to be clinically diagnosed in the region and confirmed by laboratory tests. “This is very concerning,” says Dr. Batterman, “because both these mosquito vectors, the aegypti and the albopictus mosquitoes, are present throughout the Caribbean, Central and South America, and also in the continental U.S.  Since the virus was first discovered in the Caribbean, this outbreak has exploded throughout the Caribbean and has spread to countries in South and Central America.”

The outbreak in the Western Hemisphere has serious implications for the United States. For the first time, there have been cases of locally transmitted cases and there has been a significant overall increase of reported cases in travelers. “In the past, chikungunya was diagnosed in the United States at a very low rate in travelers from Africa and Asia, but now most of the cases involve travelers from the Caribbean.2 The big concern is that with both mosquito vectors present in the U.S., and the Caribbean right on our doorstep, there could be a significant increase in locally transmitted cases.”2

From 2006-2013, an average of 28 people per year in the United States were identified with positive tests for chikungunya virus infection. Beginning in 2014, cases were identified in travelers returning from the Caribbean. As of September 9, 2014, a total of 934 chikungunya virus disease cases have been reported from U.S. states and eight locally transmitted cases have been reported from Florida. All other cases occurred in travelers returning from affected areas in the Americas (913), the Pacific Islands (8), or Asia (5).2

Chikungunya is transmitted by mosquito bite and usually has an incubation period of between four and eight days, though onset of illness can occur from two to 12 days.  “Most people infected have symptoms,” says Dr. Batterman, “which consist of a high fever, very painful joints – the unique characteristic of chikungunya - and sometimes muscle pain and a rash. There may also be less specific symptoms, such as headaches, malaise and fatigue. Patients can be quite sick and even disabled for a period of a about a week or so, and some can continue to have fatigue and joint pains for up to a month.”

“In addition, a proportion of patients go on to develop either recurring or chronic joint symptoms after the acute phase, and it can be disabling in some people for years.

Most people who develop chronic arthralgia or arthritis usually have some underlying joint disorder, so they may be at higher risk.”

While chikungunya can cause painful symptoms, it is not commonly associated with a high fatality rate. It can, however, cause death in a subset of patients who are primarily older and who have other medical issues. “In rare cases it can cause cardiovascular complications, such as pericarditis or myocarditis,” notes Dr. Batterman. “It's an alpha virus, so it's closely related to other viruses that can cause neurologic complications, and it has been associated with meningoencephalitis, seizures, peripheral nerve problems, and Guillain-Barré syndrome, a devastating neurologic problem. It can also cause renal failure, pneumonia, and hepatitis.”

There is also a risk of transmission from pregnant women to newborns. “Most of the evidence suggests that pregnant women are not seriously affected by the disease, but if they develop infection within a week of delivery, it can be very serious for the baby. Ifthe mother has acute chikungunya infection and delivers a few days later, the infant can be infected. This can lead to very significant complications such as respiratory problems or profound neurologic problems, and potentially to long-term neurologic disabilities.

“Chikungunya virus infection should be considered in patients with acute onset of fever and joint-pain, especially travelers who recently returned from areas with known virus transmission,” says Dr. Batterman. “But since we’re starting to see chikungunya in people with no travel history, it’s really important for a physician to be aware of chikungunya infection in terms of the differential diagnosis when somebody presents with these symptoms.”

“Within the first week of infection, the best way to diagnose the infection is to detect the chikungunya virus by a real time polymerase chain reaction (PCR) test, which detects RNA in the blood stream,” continues Dr. Batterman. “But timing is critical: the sensitivity of that test declines after seven days, because the viremia doesn't last very long. Virus antibodies normally develop after the first week of illness, so after a week an antibody test should be ordered to detect chikungunya IgG and IgM antibodies. Understanding the kinetics of the viremia and antibody development is very important to enable the appropriate ordering and interpretation of tests: a negative PCR test performed after a week does not rule out chikungunya, nor does an antibody test performed within the first week.” To definitively diagnose chikungunya, the CDC recommends that convalescent-phase samples should be obtained from patients whose acute-phase samples test negative.4

The challenge for diagnosis is that there are other syndromes, including dengue fever, that present with similar symptoms to those of chikungunya. Dr. Batterman explains that it’s particularly important to make a timely diagnosis of chikungunya versus dengue fever, since dengue is a more severe infection with a higher mortality rate. “It's important to try to make that diagnosis early,” she says, “because outcomes for dengue patients are better if the diagnosis is made earlier and they are supported with fluids and ICU care.”

“Deciding which virus to test for depends on the patient's exposure history,” continues Dr. Batterman. “If a patient has been to the Caribbean, I would strongly consider testing for both chikungunya and dengue fever. If a patient was in a part of the continental United States where dengue is unknown, I probably would not test for dengue. But the physician needs to be aware of the patient’s travel history and the epidemiology of the disease. At the same time physicians should be checking for other infections, such as the Parvovirus B19, which can also cause fever and joint pains.”

There is no treatment for chikungunya, so patient care consists of supportive care and symptomatic management, including the provision of fluids and acetaminophen. “If dengue fever has not been ruled out, aspirin, ibuprofen or any medication that can cause bleeding should be avoided,” notes Dr. Batterman, “as dengue is associated with hemorrhagic complications.”

Chikungunya is not transmitted human to human but to limit transmission it is important that those recently infected avoid exposure to mosquitoes. For those visiting or living in areas where there are outbreaks the key is protection. The World Health Organization recommends wearing clothing, which minimizes skin exposure to day-biting mosquitoes and applying repellents to exposed skin or to clothing.  For those who sleep during the daytime, particularly young children, or sick or older people, insecticide treated mosquito nets provide protection. Mosquito coils or other insecticide vaporizers may also reduce indoor biting.3

“For those traveling to endemic areas the public health message needs to be: ‘Avoid Mosquitoes’,” concludes Dr. Batterman. “At the same time, physicians in the U.S. need to be aware of the increasing incidence of chikungunya and the affected areas, and to consider it as a possible diagnosis when patients present with the relevant symptoms.”