Cardiovascular Clinical Conversations: Understanding the function of HDL—beyond its levels

Cardiovascular Clinical Conversations: Understanding the function of HDL—beyond its levels

Social distancing, Tick borne disease and COVID-19: what they have in common 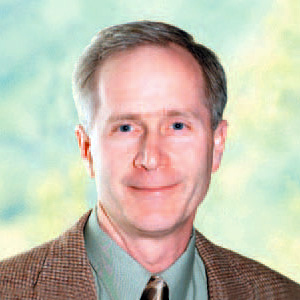 World TB Day, taking place on March 24, 2013, is an annual reminder of the global burden of tuberculosis (TB), raising awareness of efforts to control and prevent the disease.1

While TB mortality has fallen over 40% worldwide since 1990, the disease still represents a significant health challenge: in 2011, there were an estimated 8.7 million new cases of TB and it accounted for 1.4 million deaths.1 About one third of the world’s population, over 2 billion people, is thought to have latent TB infection (LTBI).2 Of these, 5-10% will develop active TB.3

TB in the United States

There are, however, two important issues to keep in mind, cautions Dr. Clark. “Firstly, the number of active TB cases is just the tip of the iceberg,” he says. “There are an estimated 10 to 15 million people in the U.S. - around 4% of the population - infected with latent TB.5 Of these, 5% to 10% will go on to develop active TB over time.”

“Another consideration is the disproportionate number of foreign-born individuals affected by TB. The rate of incident TB cases (representing new infection and reactivation of latent infection) among foreign-born persons in the United States is 11 times greater than among U.S.-born persons.4 Immigration therefore adds complexity to managing the disease, in particular as a much higher proportion of foreign-bornindividuals have been BCG-vaccinated, which has implications for testing.”

The CDC recognizes that the role of immigration must be taken into account in developing disease control programs: “Initiatives to improve awareness, testing, and treatment of latent infection and TB disease in minorities and foreign-born populations might facilitate progress toward the elimination of TB in the United States.”

One initiative to support efforts for managing TB has been the introduction of Interferon-Gamma Release Assays (IGRAs), which provide clinicians with an alternative to the traditional tuberculin skin test (TST) for diagnosing TB. The IGRAs are blood tests, available as the QuantiFERON®-TB Gold test or the T-SPOT® TB test.

“IGRA’s provide some significant advantages over the traditional skin test in helping detect latent TB,” says Dr. Clark. “Firstly, the skin test is very subjective, and requires a trained nurse to read the result, which involves assessing how much induration there is at the skin test site. Secondly, it requires a second office visit two to three days after the injection, which can be a significant obstacle in certain patient populations. With the IGRA test you draw the blood sample and the next day you have the result. You don’t need a follow-up visit and you don’t need a nurse to read the result.”

Another drawback of the TST is the potential for cross-reactivity in certain patients. “There can be a cross-reaction in those who have received the BCG vaccine,” notes Dr. Clark. “Whereas the IGRA tests, like QuantiFERON, do not have that cross-reactivity.” This reduces the chance of false positives and subsequent testing, including chest X-rays, and associated costs, which could have been avoided.

The CDC recognized the advantages offered by QuantiFERON in its guidelines for the original QuantiFERON Gold test (QFT-G) issued in 2005, indicating that it may represent a cost-effective alternative to TST testing in institutional testing programs and noting that “The greater specificity of the QFT-G and the requirement for only one visit are compelling advantages.”6

In 2010, the CDC issued Updated Guidelines for Using Interferon Gamma Release Assays to Detect Mycobacterium tuberculosis infection.7 “The guidelines state that IGRAs may be used in place of, but not in addition to, a skin test in all situations where you would recommend a skin test to help diagnose TB infection, except in children under 5 years,”5 notes Dr. Clark.

“An IGRA test is preferred for testing people who have received BCG as a vaccine or as cancer therapy. Use of IGRAs in this population is expected to increase diagnostic specificity and improve acceptance of treatment for LTBI.”5

The guidelines also indicate that an IGRA may be used in place of skin tests in cases of recent contact with persons known, or suspected, to have infectious TB. They note that IGRAs offer the possibility of detecting M. tuberculosis infection with greater specificity than with a TST and that, unlike TSTs, IGRAs do not boost subsequent test results.7

“In determining who should be tested for TB the focus is on high-risk groups,” says Dr. Clark. “These include healthcare workers, especially those based in hospitals; microbiology laboratorians likely to be exposed to TB; HIV and other immune-suppressed patients; those from countries with a high prevalence of TB; and people who live or work in places where TB is highly prevalent, such as homeless shelters and prisons.”

Considerations for test selection are summarized by the guidelines as follows: “Because of administrative and logistic difficulties associated with the TST, IGRAs are attractive diagnostic aids for detecting M. tuberculosis infection. Unlike TSTs, IGRA results can be available within 24 hours without the need for a second visit. As laboratory-based assays, IGRAs are not subject to the biases and errors associated with TST placement and reading.”7

Dr. Clark underlines some important factors to help ensure accurate results from the QuantiFERON test. Tubes must be mixed well following the blood draw and samples must be placed in the incubator within 16 hours of blood collection. After incubation, tubes can be collected and sent to the laboratory within 3 days, provided samples are stored at 2 – 27oC.  Alternatively samples can be collected and centrifuged, then sent to the laboratory within 28 days if stored at 2-8oC.

Incorrect handling of samples is one cause of indeterminate results. Other reasons include host factors such as significant immunosuppression, presence of heterophile antibodies, intrinsic gamma interferon secretion and recent vaccination(s).

Another aspect of IGRA testing is that someone who tests positive may not do so on a re-test. “Work is still being performed to understand the reason for this,” notes Dr. Clark, “but there’s some data indicating that in health care workers with a TB antigen minus Nil value >1.1 IU/ml, there is a higher likelihood of the test result remaining positive than with a lower value.”

The CDC guidelines recommend that the quantitative assay measurements should be reported, as well as the standard qualitative test interpretation, together with the criteria for test interpretation. This will allow physicians a more refined assessment of results, while promoting understanding of the test.7 “Providing a full report will help physicians especially when results are in a ‘gray area’, around the cut-off level,” says Dr. Clark. “It helps them decide how to proceed and whether or not they should repeat testing.”

In 2002 CDC has established the goal of eliminating TB from the U.S. At the same time it acknowledged the challenges associated with achieving this goal, recognizing that “TB elimination will require sustained effort, long-term commitment, new tools, and strong partnerships with other federal health agencies and state and local health departments.”8 It also stated that "...the greatest needs in the United States are new diagnostic tools for the more accurate identification of individuals who are truly infected and who are also at risk of developing tuberculosis."8 The introduction of IGRAs provides clinicians one such tool to support the effort to control and ultimately eliminate the disease.

Presentation:
The Most Widely Misunderstood Diagnostic Test: An Update

Expert Insight:
Hepatitis C — A Review of the CDC Recommendations for Birth-Cohort Screening