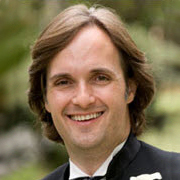 Also by this Author ▸

Testosterone testing is utilized to diagnose and monitor a range of disorders in men, women and children but variability and inaccuracy often compromise testing reliability.

The Role of Testosterone Testing

Testosterone testing is used to diagnose and manage a range of disorders related to steroid hormone excess and deficiency. In men, low testosterone is linked to erectile dysfunction and can be a precursor to diabetes or cardiovascular disease. Among women high testosterone levels, and those of other androgens, are linked most commonly to polycystic ovary syndrome (PCOS). Testing may be used to determine androgen status in children with precocious or delayed puberty or unexplained virilization and in newborns with ambiguous genitalia. It is used to diagnose and monitor therapy in patients with androgen secreting neoplasms and adrenal hyperplasia and to monitor prostate cancer therapies. It is also commonly used to follow testosterone supplementation therapy in women and men.

The biggest challenge for clinicians related to testosterone testing is to obtain accurate values. “Having good, reliable values, when testosterone concentration levels are low is really critical,” says Dr. Mason.“In women and children, you may only be looking at a difference in levels between 35 and 50 ng/dL rather than between 600 and 700 ng/dL, as would be the case in men. From a clinical standpoint, we must be able to rely on these lower levels consistently and be able to compare values across different laboratories and different testing platforms.”

Achieving such reliability and consistency is not the norm with traditional testosterone testing. The most commonly used test methods are radioimmunoassays (RIAs) and chemiluminescence immunoassays (CLIAs). These can be performed directly on serum or plasma or after extraction and chromatography. Direct assays are technically simple and can be performed rapidly but have significant shortcomings: they tend to overestimate testosterone levels, are not standardized and are not accurate for low testosterone levels.RIAs incorporating extraction and chromatography have established reference intervals for different populations and have greater sensitivity, but they are labor-intensive and technically difficult to perform. And like direct assays they are susceptible to matrix effects.3

In contrast to traditional testing, liquid chromatography tandem mass spectrometry(LC/MS/MS), which identifies and directly quantifies the analyte, incorporating extraction and chromatography before the assay, has been shown to be highly accurate and consistent when properly validated.3

One reason antibody based tests can lack accuracy, explains Dr. Clarke, is that they can pick up both free, or unconjugated, testosterone, which is active, as well as the conjugated testosterone, which is inactive. Results from surveys conducted bythe College of American Pathologists (CAP) show that results for the same sample using the same method can vary widely – by as much as 6 times.  Such overstatement of values does not occur with mass spectrometry, explains Dr. Clarke. However, many physicians still require some education about the difference in values generated by the different methods. “It’s not unusual for doctors used to seeing levels of 800 or 1000 ng/dL, questioning the results from mass spectrometry when they are, for example, at 300 ng/dL. They were not aware that their usual method was detecting more than just the unconjugated testosterone they thought they were ordering.”

Another concern with RIA testing is the potential for cross-reactivity. Dr. Clarke explains this can have significant clinical implications. “It’s very challenging trying to measure a very low testosterone level, especially in the female pediatric population, among a group of hormones that may differ by the position of just a single hydroxyl group. However good the antibody, there is a probability of cross-reactivity with hormones present at much higher levels than the testosterone in the sample, such as estrogens in females. Even a small amount of cross-reactivity means that you start including a false value of significant proportions to the reported result. The lower the real testosteronevalue the higher the percentage of the cross-reactivity proportional to the true result. Clinical pathways and treatment decisions are determined by the laboratory values, so if they’re unreliable you can head in the wrong direction.”

Recognizing the shortcomings of direct assays, The Endocrine Society, in its Position Statement, has recommended that direct assays should be avoided when testing samples with low testosterone concentration - i.e. in women, children, and hypogonadal men.3 It recommends the initial use of extraction and chromatography, followed by either mass spectrometryor extraction RIA. These methods “are likely to furnish more reliable results and are currently preferred.”3 Dr. Clarke points out that extraction RIA requires a significant amount of manual intervention, is labor intensive and requires radioactivity. “The advantage of mass spectrometryis that it is a very precise, very accurate, and is the same technique usedas the reference method at standard centers like the National Institute of Standards and Technology (NIST). It’s the gold standard.”3

Several years ago, the CDC initiated a project to standardize hormone measurement. Its two objectives were to develop reference materials that have well defined values, and identify reference methods that provide highly precise and accurate measurements. As part of this initiative, the CDC’s Hormone Standardization Project (HoSt) aims to improve the diagnosis, treatment and prevention of diseases and disorders through the standardization of testosterone measurements.2

CDC has developed a reference method using high performance liquid chromatography combined with tandem mass spectrometry (HPLC/MS/MS). The standardization of total testosterone measurements in serum is established through method comparison and bias estimation between CDC’s reference laboratory and testing laboratories. To gain CDC certification , laboratories have to demonstrate a mean bias ± 6.4% to the CDC reference method.2, 4 Eight laboratories worldwide, including Quest Diagnostics, have successfully participated in the standardization program and have been certified by the CDC.5

Efforts to implement standardized testosterone measurement are also supported by the formation of thePartnership for Accurate Testing of Hormones (PATH), led by The Endocrine Society, in collaboration with the National Institutes of Health, the Food and Drug Administration, CDC, and other professional organizations.1, 4

It is hoped that achieving standardization for testosterone testing will provide a basis for establishing reliable reference ranges, providing a basis for clinical guidelines and improved patient care. Over time, physicians may come to expect certified standardized testing, as they do with cholesterol testing.