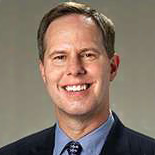 Throughout history infectious diseases have had a devastating impact on human society.1, 2 New and emerging infectious diseases continue to present a significant public health challenge, testing the medical community’s ability to respond to outbreaks rapidly and effectively.

Dr. Jay M. Lieberman, Medical Director of Infectious Diseases, Focus Diagnostics, reviews how the potential for such diseases to spread has increased as our society becomes more global. He discusses the importance of recognizing and identifying unfamiliar diseases to limit their impact.

The Potential for New and Emerging Diseases

“Infectious diseases are in many ways unique among human diseases,” notes Dr. Lieberman. “First, there is the ever-present possibility for new diseases to emerge, which contributes to what has been called ‘their potential for explosive global effect’2.”

Emerging infectious diseases are those that may have a limited geographic scope, and then, because of changes in climate or movement of mosquitoes or birds, take hold elsewhere. Two recent examples of these in the United States have been outbreaks of West Nile virus and of dengue fever.

The transmissible nature of infectious diseases is another unique characteristic, increasing their impact, sometimes on a global scale. “Unlike any other disease, an infectious disease has the potential to affect me directly,” says Dr. Lieberman. “If someone in another country has a heart attack it’s not going to impact me. But if someone in another country sneezes it potentially could. In addition, the fact that infectious diseases may spread among animals or can be transmitted from animals can also have an impact. A pig that develops diabetes doesn’t impact me, but one that sneezes could.”

Dr. Lieberman points out that our increasingly mobile society has significantly increased the potential for new and emerging diseases to spread beyond their region of origin: “100 years ago, a viral infection that emerged in Africa, Asia or South America would most likely be limited to that area, whereas today, with our global society, the virus can spread very quickly. The next big infectious disease outbreak may just be a plane ride or mosquito away. Severe acute respiratory syndrome (SARS) is a very good example of that.”

With SARS, it is thought that the new strain of coronavirus emerged in animals, mutated, and spread to humans.3 “It emerged in southern China,” explains Dr. Lieberman, “then a physician who was infected with the virus traveled to Hong Kong and stayed in a hotel room for one night. He had been sick for six days, then was admitted to a hospital where he died of SARS. Due to his one night stay in that hotel, a number of other hotel residents were infected. They were then hospitalized in Hong Kong or flew to Vietnam, Singapore or Canada, where they ignited local outbreaks. So there was a very rapid global spread of this virus that had the potential to cause severe disease. Fortunately good infection control helped limit its spread. And the virus mutated over the course of the outbreak, becoming less virulent and less transmissible.”

Animals as a Source of Disease

Animals are often the source of new and emerging infectious diseases. Viruses in particular can be transmitted from animals to humans, and vice versa. A good illustration of this is the 1918 influenza pandemic, Spanish flu, which killed 30 – 50 million people worldwide. “This influenza originated as an avian flu, became a human influenza, and was then transmitted by people to pigs, becoming a swine influenza. A distant descendant of that virus emerged in 2009 as the cause of our most recent influenza pandemic – the influenza A H1N1 virus.”

The transmissibility of infectious diseases, not only from person to person but also animals to people and back again, allows the viruses to evolve and mutate, over time. “Every once in a while it may take a form that is more transmissible or more pathogenic,” notes Dr. Lieberman, “and that’s when we wind up in trouble.”

Arbovirus infections are those transmitted by an arthropod, such as a tick, mosquito or flea.4 Dengue fever and Chikungunya are two examples of such diseases, which have spread beyond their traditional locations.

Dengue is the most common vector-borne viral disease in the world, causing up to 50 million infections around the world each year and an estimated 22,000 deaths5. It is transmitted by specific mosquitoes, the most common of which is the yellow fever mosquito, usually found in tropical and sub-tropical parts of the world. “What has raised concern in the U.S.,” says Dr. Lieberman “is that we have these mosquito vectors present, particularly in the south and southeast, which puts us at risk of having local outbreaks as the virus gets introduced periodically by people who may be traveling to the U.S., or from outbreaks occurring nearby. There was an outbreak of dengue fever in Key West, Florida, several years ago, where the mosquito population became infected with dengue, most likely as a result of one of the large outbreaks that occurs intermittently in the Caribbean.”

Chikungunya fever has primarily infected parts of the South Asian sub-continent and parts of Africa, but an outbreak occurred in Italy in 2007 related to a man who had travelled to India, where there was an outbreak of Chikungunya. He was bitten by a mosquito there, and came back to Italy, where the mosquito vector was present. He had the virus in his blood stream so when a mosquito bit him it led to a local outbreak of Chikungunya fever.6

“The point is that these mosquito vectors are present in parts of the U.S.,” cautions Dr. Lieberman, “and these diseases have or will emerge here. The challenge for clinicians is to recognize the clinical presentation and consider the possibility of these diseases. Most physicians in the U.S. are not familiar with these diseases. They may think about the diagnosis in a returning traveler and do testing, but for locally acquired cases it’s much less likely that clinicians will consider the possibility. This means there’s going to be some time that lapses before you even recognize that you have an issue and can exercise appropriate control measures.”

The first challenge in dealing with an unfamiliar infectious disease is recognition. “Many of these diseases are already spreading in the human or animal population before they are recognized,” notes Dr. Lieberman. “Something has to trigger awareness that something unusual is occurring, which in turn prompts an investigation. But even then we may not have the tools needed to identify the cause of the disease.”

There are several recent examples of the time lag between clinical presentation of a disease and its recognition:

- HIV was recognized as a clinical syndrome of acquired immune deficiency for several years before the virus was identified.

- In 1999 individuals in New York City were suffering from encephalitis with paralysis, but the cause of the cluster was not recognized until a veterinarian identified that birds in the city were dying as a result of West Nile virus infection.

- The spread of SARS was underway for weeks, possibly longer, before it was recognized that an outbreak with potentially large global impact was underway.

- The dengue fever outbreak in Key West was only recognized when an infectious disease clinician in New York thought the clinical presentation was highly suspicious for dengue even though there was no travel history to an area where dengue was known to be endemic.

“The most important thing for any of these diseases is to consider the possibility. If it’s not in your differential diagnosis, if you don’t understand the manifestations, you obviously can’t test for it,” stresses Dr. Lieberman.

Once there is suspicion of disease, you then need to know how to test for it. “With dengue fever, for example, there are two primary ways to test: antibody testing or polymerase chain reaction (PCR) testing. With antibody testing, it is important to be aware that most people do not develop antibodies until they've been sick for 5 or 6 days. So if you're seeing the patient in the first few days of illness and you perform an antibody test, it may come back negative despite the fact that they truly have dengue fever.”

“Molecular testing with PCR early in the disease course can identify the virus in the bloodstream, but the key thing to note here is that viremia lasts usually for only 4 or 5 days. So you need to know where the patient is in the course of their illness to select the appropriate test to make an accurate diagnosis.7”

Presentation:
The Role of the Clinical Infectious Disease Laboratory in Transplantation