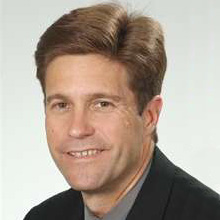 ω-3 PUFA is one of the four classes of fatty acids, which include Omega-9, Omega-6 and saturated fats. “Fatty acids play a role in almost every cell in the body,” notes Dr. Lavie. “ω-3 PUFA is incorporated into the phospholipid membranes and is then involved in changing the overall function of the cell associated with that membrane. It has an effect on arrhythmic thresholds, blood pressure, arterial and endothelial function, platelet aggregation, lipids, as well as effects on autonomic tone.”

Most of the evidence for the benefits of ω-3 PUFA relates to eicosapentaenoic acid (EPA) and docosahexaenoic acid (DHA), the long-chain fatty acids in this family. While there is discussion about the different effects of EPA and DHA, Dr Lavie indicates there have been no substantial randomized studies to adequately assess their relative roles and that the two are generally grouped together when consideringω-3 PUFA.

Prevention of Heart Disease – The Evidence

There is evidence of the role of ω-3 PUFA in both the primary and secondary prevention of heart disease. “A lot of the primary prevention data is based on epidemiologic studies,” says Dr. Lavie. “These followed populations to quantify the amount of ω-3 PUFA consumed in diet and in their blood, and then to capture subsequent clinical events. The data show that those who have more fish intake, or have higher levels of ω-3 PUFA in their blood, have a reduced development of CV diseases, including congestive heart failure. A paper was recently published in Circulation showing that patients with higher amounts of ω-3 PUFA had a much lower development of atrial fibrillation3. It’s also been shown that higher ω-3 PUFA levels are associated with lower risk of sudden death.”

A large randomized trial on prevention, the Japan EPA lipid Intervention Study (JELIS), studied approximately 18,000 hyper-lipidemic patients, randomized to either 1800 mg of ω-3 PUFA or placebo. This showed that adding ω-3 PUFA to a statin produced about a 20% reduction in clinical events4.

The evidence is even stronger for secondary prevention, says Dr. Lavie. The GISSI-Prevenzione study followed 11,000 patients post myocardial infarction, who were randomized to ω-3 PUFA or a control group. This showed a 20-30% reduction in clinical events and a 45% reduction in the risk of sudden death5. The GISSI-Heart Failure trial included 7,000 patients treated with all contemporary heart failure management and randomized to ω-3 PUFA or placebo. This showed close to a 10% reduction in major clinical events including mortality in heart failure patients6.

National guidelines recommend that all adults should be consuming 500mg of ω-3 PUFA in their diet, and the American Heart Association guideline suggests close to 1,000mg /day in patients with coronary heart disease1. “Based on the GISSI- heart failure trial I think you could expand that to include patients with coronary heart disease or congestive heart failure,” says Dr. Lavie. “While the improvement was less than 10%, it’s a relatively low-cost therapy and the number needed to treat was only a little over 50 to reduce one hospitalization or death.”

ω-3 PUFA is contained in fish oil, and is obtained either by eating oily fish such as herring, mackerel, salmon and albacore tuna or by consuming a fish oil supplement.  Recommendations on daily intake do not differentiate between dietary consumption or supplements but most people are likely to need to take a supplement to obtain a sufficient amount. “Very few individuals are going to be getting an avg 1,000 mg ω-3 PUFA per day,” notes Dr. Lavie, “because that would amount to about 4 fatty fish meals a week. Not many people consume that amount of fish, much less fatty fish. 500mg per day would be close to 2 fatty fish meals a week and even that is more than most people consume. So to get the proper amount, many people are going to have to take supplements.”

ω-3 PUFA is also recommended to treat high triglycerides7. This requires a dose of 2,000-4,000 mg /day, which would be very hard to obtain without a supplement, even for those consuming a high quantity of fish.

Tests are available to determine someone’s ω-3 PUFA index, though these tend to be performed more in research settings rather than in routine practice. “It’s a test that assesses the amount of ω-3 PUFA compared to other fatty acids in red blood cell membranes,” explains Dr. Lavie. “Values less than 4% are low, levels 4% to 8% are intermediate, and 8% and higher would be good levels, associated with cardiovascular protection. As a reference, in the United States the average person has somewhere in the 4-5% range, while in Japan the average is around 8%.  The feeling is if many people in the United States had their values at 8% or higher you could decrease the amount of major cardiovascular events.”

Dr. Lavie points out that ω-3 PUFA may have beneficial effects in many areas beyond heart disease. “There’s some evidence that there is an impact on sleep apnea, and there’s evidence in the February 28th of Neurology that having lower levels of ω-3 PUFA was associated with lower brain volumes and worsening in cognitive function over time compared to those who had higher levels ω-3 PUFA -38. So there’s evidence that brain function and cognition can be affected.”

Despite the evidence of its benefits Dr. Lavie doesn't believe many cardiologists or primary care physicians discuss ω-3 PUFA routinely with their patients, much less test for ω-3 PUFA levels. “There are probably small circles that do,” he says, “but it’s more usual for patients to raise the topic than physicians. There are certainly preventive cardiologists who believe in it and are recommending moderate and high doses of ω-3 PUFA for their at-risk and known cardiac patients. If they are concerned about a patient’s ω-3 PUFA level, they test for it but they are in the minority.”

Dr. Lavie believes more education is needed to raise awareness about ω-3 PUFA and bring about changes in practice. “The typical patient who’s just had a heart attack, has congestive hear failure or is at risk of atrial fibrillation is not being recommended ω-3 PUFA, and they’re certainly not being tested.  Education can definitely help.”

Looking ahead Dr. Lavie sees potential for increasing the rate of testing for ω-3 PUFA and draws a parallel with measurement of C-reactive protein (CRP): “Certainly not everyone is getting a CRP value but a lot of people get one in certain situations. Many doctors believe CRP is very helpful in guiding therapy and I think that the ω-3 PUFA index could be used in a similar way.” While ω-3 PUFA testing is unlikely to become as prevalent as cholesterol testing, he feels it could play a role in helping physicians assess and direct treatment for certain patients.

“Additionally knowing one’s ω-3 PUFA index would provide valuable feedback to those trying to increase their levels through diet or by taking a supplement,” concludes Dr. Lavie. “It would give reassurance to those whose levels are at 8% or 9%, while providing an incentive to those at lower levels, who may be reluctant to take a small supplement or increase their consumption of fish.”

Presentation:
Genetics and Heart Disease: Personalized Medicine You Can Use Today