Next Generation Immunohistochemistry: A Window onto the Molecular Alterations in Tumors

Her Care is in Your Hands: Co-testing with Pap and HPV Together Identifies More Cases of Cancer and Precancer Than Either Test Alone

Hepatitis — Meeting the Challenge of an Epidemic 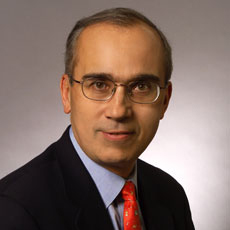 An estimated 5 million people in the United States - approximately 2 percent of the population - are infected with chronic hepatitis B (HBV) or hepatitis C (HCV). Yet, most are unaware of their infection until symptoms of liver cancer or liver disease develop many years after they have been infected. Each year about 15,000 people die from liver cancer or liver disease related to HBV and HCV1. This number is projected to rise dramatically in the coming years as baby boomers, who represent the majority of those affected by this epidemic, reach end-stage liver disease2.

Dr. Douglas Dieterich, Professor of Medicine at the Mount Sinai School of Medicine, New York, discusses the seriousness of the hepatitis epidemic and reviews how increased screening, combined with therapeutic advances, can help mitigate its impact.

The Case for Increased Screening

Dr Dieterich believes we are at a critical point in dealing with hepatitis due to the aging of the baby boomer generation, those born from 1946 to 1965. “These people represent the vast majority of the epidemic”, explains Dr. Dieterich “and they're the ones who are going to be suffering the most from end-stage liver disease in the next 10 years. In fact the mortality rate from hepatitis C is expected to quadruple over this period.”

Given the asymptomatic nature of the disease a broader approach to HBV and HCV screening will enable more timely intervention and potential eradication of infection before progression leads to significant morbidity or mortality. Such a change, however, is likely to increase the number of patients being treated, raising the question of whether there are enough specialists available to meet the demand. Dr. Dieterich believes this problem can partly be addressed by internists becoming expert in treating HCV, and by infectious disease doctors playing an active role in managing patients.

More patients are already being seen by HCV specialists following the approval last year of two protease inhibitors, telaprevir and boceprevir. Broad promotion of these drugs has led to greater awareness about hepatitis among the general public and an increase in referrals for treatment. Once a patient tests positive for antibodies and infection is confirmed, typically by a qualitative RNA test, genotyping then determines whether a patient should be considered for one of these new therapies4,5. For those with Genotype 1 these drugs can shorten the standard regimen of treatment from 48 weeks to 24 weeks and may result in cure. Response to therapy is monitored at regular intervals by a quantitative RNA test6,7.

New classes of drugs on the horizon for treating HCV include nucleotide and nucleoside analogs, as well as non-nucleoside analogs, host-targeted agents and NF5A inhibitors. “Introduction of one of these classes could change therapy dramatically”, observes Dr. Dieterich, “as they may allow us to do away with interferon, which causes the majority of the side effects.” With any new therapy genotype testing and testing for drug resistance are likely to remain standard practice.